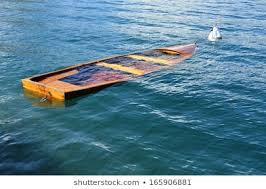 Even if we’re unfamiliar with the term, we all know what a sunk cost is, even if it’s not monetary. Someone who is in a bad relationship but continues in it because, “I’ve already invested so much time into him, I don’t want to give that up,” is using a fallacious belief, because the time invested will never be recovered no matter what happens next. That time is gone, and going or staying won’t affect that. It’s not an investment, it’s an expense.

If a large amount has been spent on a project, there’s a propensity to consider this cost in future decisions, even if curtailing the project is more financially advantageous. We become invested in the idea that we must “get our money out of” the costs, even if it’s a good business decision.

If we develop a product and spend $50,000 to get it to market, but then it doesn’t sell, should we move on, or should we dump more money into it in an effort to recoup our costs? The money already spent shouldn’t factor into this decision because the money is gone, and no matter what decision is made next, it will remain gone. Will putting more money into it result in sales? If so, how much? The amount already spent doesn’t matter at this point.

Sunk costs are also known as a stranded cost, sunk capital, past cost, embedded cost, prior year cost, or retrospective cost. Which term is used, the net effect is the same: the money is gone, it won’t be recovered, and we should go forward from there, not try to change the past to align with what we want it to have been.

For more information on making financial decisions, contact us at 866-986-5901